LIVE INTERACTIVE WEBINARS NOW AVAILABLE  |  SIGN UP EARLY AND SAVE! Meet all of your CE requirements in one place.

LIVE WEBINARS NOW AVAILABLE SIGN UP EARLY AND SAVE! 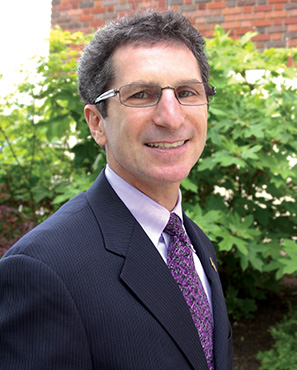 Donald C. DeFabio, DC, DACRB, DACBSP, DABCO is a 1984 graduate of NYCC and currently serves as Director of Chiropractic Services at DeFabio Spine and Sports Rehab. He is triple board certified in Chiropractic Orthopedics, Physical Rehabilitation and Sports injuries as well as maintaining additional certifications as a corrective and performance enhancement specialist (NASM), Stecco Fascial Manipulation, ART, Graston, SMFA, FATKR and MUA. From 1991-1999 he participated in the Ironman Triathlon World Championships in Kona as a member of the race week and race day treatment team. He was the chiropractic doctor for Drew University athletics as well Rutgers’s Track and Field until discontinuing for health reasons in 2016. From 2001 to 2017 he served as a member of the classification panel for the International Wheelchair and Amputee Sports Federation for Wheelchair Fencing as well as being the medical co-ordinator for the USA Paralympic fencing team from 1999 – 2015. He speaks nationally on Chiropractic assessment, treatment and physical rehabilitation for NCMIC, Performance Health, and Nexol Pharmaceuticals. His Relevant Rehab courses are known to be engaging, well referenced, high energy and designed to give the clinician the tools needed to immediately implement low tech rehab into their own practice. He has published several articles in peer reviewed journals, is a contributing columnist for Dynamic Chiropractic and publishes The DeFabio Difference rehab and health tips via his website and You Tube Channel which has over 32K subscribers.

Complete your live CE* by attending a live webinar from Dr. DeFabio.

View the upcoming webinars for your state and check off your CE requirements.